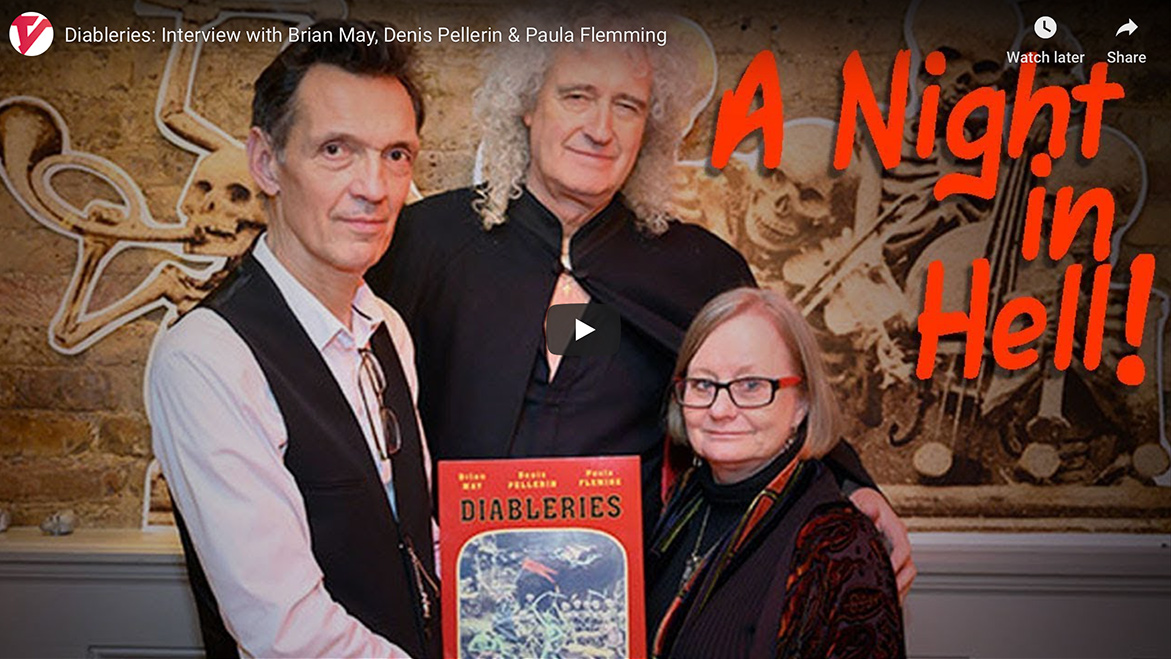 This week saw the second edition of the photographic book ‘Diableries: Stereoscopic Adventures in Hell’ published. And this time it can be called the ‘Complete Edition’ as the final 2 stereo cards missing from the 1st have been found.

Diableries are clay sculptures representing the daily life in hell, captured by stereoscopic photography in Paris during the 1860s.

Soho’s Century Club was transformed into a gothic Victorian ‘crypt of temptation and seduction’ for an exhibition to celebrate the books launch and its authors Brian May, Denis Pellerin and Paula Fleming were around for a chat too!

BTW, the music accompanying this film is the soundtrack from a 3D animation short called ‘One Night in Hell’ by Unanico Group. The film is inspired by the Diableries and tells the story of one skeleton’s journey into a stereoscopic Hell.  Brian is playing guitar with the Czech National Symphony Orchestra fusing ‘We Will Rock You’ and Tchaikovsky’s ‘1812 Overture’. Do check it out in the link below… it is spectacular!