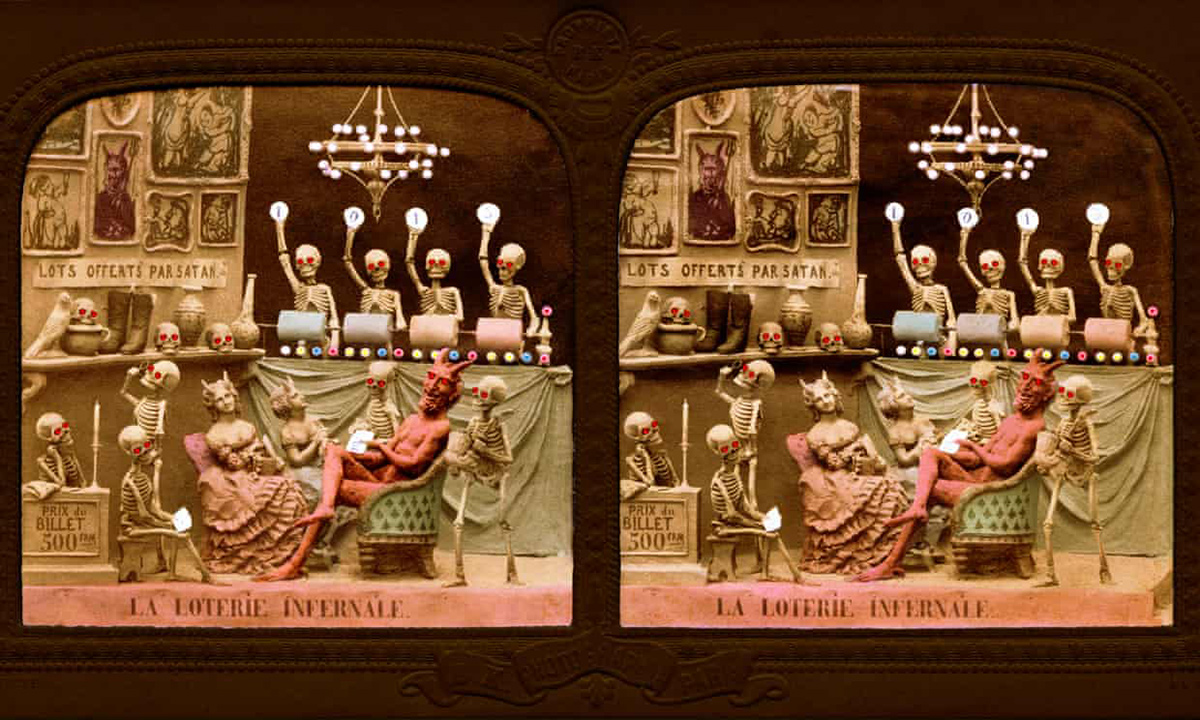 They have names like The Infernal Cavalry, Satan the Journalist and Bicycle Race in Hell, and tell horrible stories of oppression, torture and misery.

There are also scenes that show the damned playing billiards at “Cafe Chez Satan”, a fancy dress carnival with the Prince of Darkness as an untrustworthy nurse, and a “lottery in hell” for which there is only one winner.

The scenes are all from 19th-century French stereoscopic photography cards called Diableries that have been slowly and passionately collected by the Queen guitarist and badger campaigner Brian May.