You are here: Home / Press Coverage / BROUGHT TO BROCK

Well known for his love of badgers, Queen guitarist Brian May has yet another string to his bow. On Wednesday, he launches his latest project, a compilaiton of “diableries”, Victorian stereographs of skeletons doing bizarre things. The book has taken six years to finish, with the help of two experts. “It’s been a labour of love,” he tells me. “I would be up until 5am working on it. You have dreams and this was one of them. Stereographs have thrilled me for most of my life.”

In 2009, he asked the nation for help to identify the Oxordshire village captured in a series of 1850 stereo photographs, which became the subject of his last book, A Village Lost and Found. Meanwhile, he’s not giing up his fight to save the badgers. “I wake up every morning in a battle zone,” he says. “But that happens when you stick your head above the parpet.” 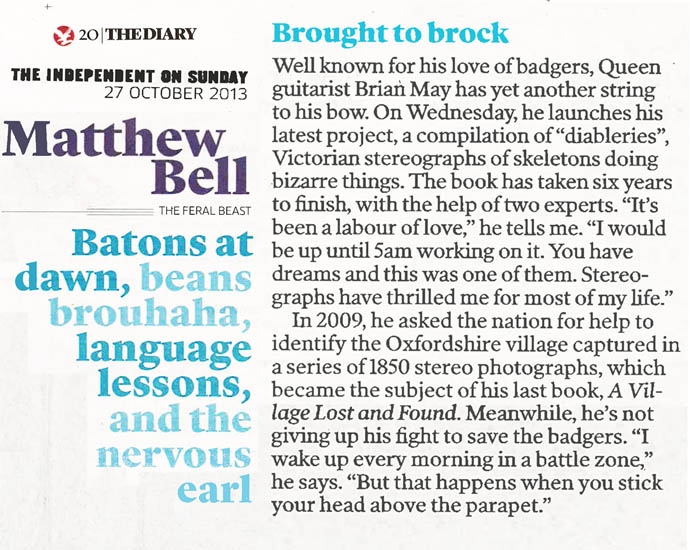